Knowledge transforming lives - The power of research, the power of movements to end violence against women

How does change happen? This was the question posed to the participants attending the Association for Women's Rights in Development (AWID) 10th International Forum on Women's Rights and Development in Thailand in 2005. Seventeen years have passed, and it is a daunting question that does not have easy answers. Reflecting on conversations with activists in attendance though, Lisa Veneklasen confirmed that ‘ It’s not linear or straightforward, despite the lofty promises of the log-frames and result-based planning many of us rely upon or simply succumb to. In fact, we can be pretty certain that change is unpredictable and dynamic, not to mention chaotic, messy, and full of conflict and compromise’. [1] Fast forward to 2021 and very similar ideas and concepts were shared by Dr Bianca Albers from the Centre for Evidence and Implementation during a session on research uptake offered by the SVRI to a new grantees cohort: research use in policy and practice is unpredictable; occurs in the context of multiple preceding, parallel and follow-on research projects, and key stakeholders are operating in multiple contexts. And most importantly, advocacy coalitions are powerful allies and can support research use.

Indeed, as a study analysing policies on violence against women in 70 countries from 1975 to 2005 has shown, partnerships, coalitions and movements have proven essential for activating policy change.[2] The following vignettes show that evidence on its own is not always enough and the importance of ethical and equitable knowledge sharing and partnerships between activists and researchers have resulted in powerful and impactful changes in the lives of women.

Translating Research into Action into Change

Candies in Hell: Women’s experiences of violence in Nicaragua

It is the year 1995 and in Leon, Nicaragua, Central America, the Nicaraguan Women’s Network Against Violence, local universities and a researcher named Mary Ellsberg are involved in a study aimed at persuading Nicaraguan lawmakers of the need to protect women from domestic violence. The study interviewed around 500 women and found out that half of them had been beaten or raped by an intimate partner, and one-in-four had experienced violence at the hand of an intimate partner during the past year.[3] The study paired these hard to hear statistics with the stories of women’s movements. The stories of injustice and violent abuse that emerged were powerful advocacy tools for change in Nicaragua. One story was picked up and used by the women’s movement to highlight survivor realities and help change the way people think about intimate partner violence. The story was one of violence and coercive control, as reflected in the following words:

...After the blows he always came back to court me, bought me clothes and afterwards he always said, forgive me, I won't do it again, but then he always did the same afterwards. And then my grandmother would say to me ``Child what are you going to do with candies in hell?'' (Ana Cristina).[4]

The study findings sparked a wave of activism in the country. The results were discussed widely and contributed to the legislative reform, women’s awareness of their rights and activism in the country. A study done 20 years later showed a 70% decrease in IPV among women in the past 12 months. Three influential impacts of this landmark study are - it was the first to measure VAWG prevalence over a 20-year period, it showed the power of women’s movements, and maybe most importantly showed that VAWG can be prevented.  As Dr Mary Ellsberg  recently shared in a SVRI webinar, the impact of the study and activism are still present in Nicaragua today. 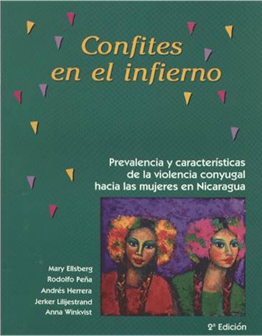 First cover of “Candies in Hell”

The “One in Nine Campaign” in South Africa

It is the year 2002 and researchers Professor Rachel Jewkes and Professor Naeemah Abrahams  from the Gender and Health Research Unit at the South African Medical Research Council publish The epidemiology of rape and sexual coercion in South Africa: an overview . The study showed that – at the time - only one out of every nine women raped reported it to the police. In a country with one of the highest levels of violence against women in the world, this dramatic statistic was not only shared through journal articles, in conferences and with politicians, but it remarkably made its way to the vibrant world of activism and gave the name to a nationwide campaign. The “One in Nine” Campaign in South Africa was established in February 2006 at the beginning of a rape trial against former president Jacob Zuma and aimed to ‘ensure the expression of solidarity with the woman in the trial as well as other women who speak out about rape and sexual violence’.[5] Thanks to the work of researchers and the initiative of activists who started the campaign, millions of South Africans got to know the grim experience of women who are raped and the challenges they face when trying to seek justice through the criminal justice system. Sadly, rape survivors continue to experience challenges and secondary victimisation. A rape attrition study also conducted by the South African Medical Research Council and partners found that half of the cases referred for prosecution are declined, less than one in five cases make it to a trial and only one in twelve cases conclude with a guilty conviction. The researchers from the SAMRC played a pivotal role in the development of the 2020 South African National Strategic Plan On Gender-Based Violence & Femicide. Supported by researchers’ studies, the South African women’s movement continues its struggle. The One in Nine Campaign is still active in the country and has played a role in supporting women experiencing violence during the Covid-19 pandemic. 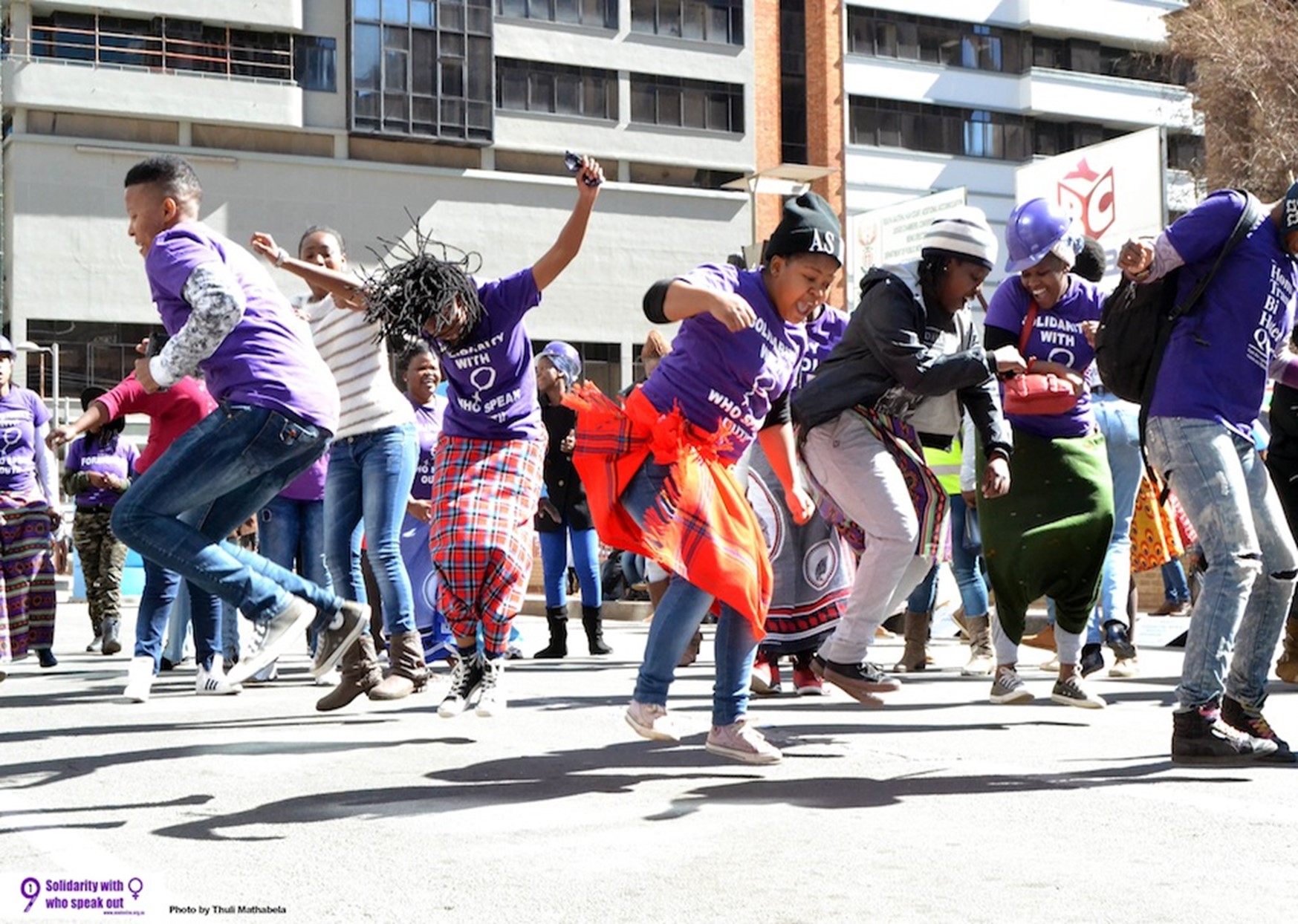 It is the year 1993 and in Brazil Dr Rita Segato, the renowned Argentinian feminist academic, is asked by the provincial government to research sexual violence against women in Brasilia. She thought it would be a temporary topic in her career, but it  stayed with her forever. Hers was one of the first ethnographic studies on male rapists serving sentences in Latin America. Since then, Dr Segato has been a leading and iconic voice from the South researching violence against women with a decolonial and feminist perspective. She coined the term mandate of masculinity (mandato de la masculinidad) and explained how this ‘mandate’ needs to be dismantled to put an end to violence.

Fast forward to 2019 and in Chile, in the midst of a social uprising, the feminist collective LasTesis  created and choreographed the song A Rapist in Your Way, raising awareness on violence against women and police brutality experienced by women protesters. The dance was performed by women all over the world protesting patriarchal violence. The lyrics are simple, yet so telling and universal: “It wasn’t my fault; not where I was, not how I dressed.”  As The Guardian Gaby Hinsliff rightly asked: “How many women wouldn’t guess, from those words alone, that this is about rape?”

Las Tesis artists explained that they based their song and performance on the decades long research and writings of Dr Segato. And in a wonderfully dialectic exchange, Dr Segato explained that she has analysed the lyrics of the song and can understand and explain each sentence. She declared herself the proud grandmother of the song. In 2021, as a direct result of the social uprising, a Constitutional Convention was elected in Chile with a complete gender parity. Constitutional norms to address the high levels of violence against women have been put forward by feminist Convention members.

As researchers and activists agree and can attest, change is slow, change is messy, but change is necessary and inevitable. The decades long work of these worldwide acclaimed researchers in the violence against women field have delivered critical evidence that women’s rights movements in Latin America and Africa have used to inform and amplify their campaigns. And in the long and winding road to change, ‘a strong, autonomous feminist movement is both substantively and statistically significant as a predictor of government action to redress violence against women’.[6] Researchers in our field do this work to make a difference and are building skills to make research accessible, appreciated, used by policy makers, programmers, and movements, and are developing a deeper understanding on how to build equal and empowering research-practice partnerships. In the last decades it has become even more apparent that we need more evidence to understand what works and what does not work to prevent and respond to violence against women in different settings and contexts.

The SVRI is working to influence how knowledge is created, disseminated, interpreted, and funded in helpful ways. For example, to disrupt and decolonise funding aid for research in low- and middle-income countries and ensure more and better funding flows to research on violence against women that is informed by voices of women and led by researchers in settings where violence is the norm, we have created of resources. These include:

Funding Ethically Guide - guidance on how to fund research in a way that grounded in feminist principles, acknowledges, and addresses power dynamics, involves honest, transformative relationships between donors and grantees.

Our grant making programme is guided by feminist principles and the recommendations outlined in the Funding Ethically Guide. We put special emphasis on research for impact and we look for contextually relevant studies developed by consortiums of researchers, women’s organisations, local government, among others. Our grantees also submit research uptake plans to ensure that communities, activists, key state actors and other stakeholders in the evidence ecosystem are involved with the study and benefit from the learnings and use them for advocacy and policy development processes. To support this,the SVRI is developing the Pathways to Research Impact online course in partnership with the Centre for Evidence and Implementation and the Africa Centre for Evidence at the University of Johannesburg. The course will provide a structured process for researchers to reflect on their own role within the violence against women and violence against children evidence ecosystem and develop strategies that enhance research uptake, use, and impact.

Although far from ideal, we can confidently say that research for impact is more and more ingrained in the aims and practices of researchers in the field of violence against women and violence against children.  In this regard, one key learning of the What Works to Prevent Violence Programme  was that: ‘while high quality evidence is necessary for research uptake, it is not always sufficient. Researchers must approach evidence-informed decision-making from that standpoint and work with implementers, civil society organisations, knowledge brokers, and donors to effect meaningful change’.[7]

How does change happen? How does meaningful change happen? We have learnt/accepted that change is messy, and it takes time. What we know for sure though is that change can only happen when researchers, activists, policy makers, movements – society as a whole – come together to share knowledge, create, innovate, find solutions and translate these solutions into action to end violence against women and children.