This was first published by Psychology Today. Permission to publish on the SVRI Blog was given by the author.

Pressing his date to drink more than she wants, pushing her onto the bed, slapping and grabbing her during sex, mocking her body, demanding that she find another woman to have a threesome–New York State Attorney General Eric Schneiderman resigned after multiple former girlfriends accused him of these acts. These claims are particularly disturbing since they concern the highest law enforcement officer in New York State. However, sexual violence within an intimate relationship is more common than people think, yet little discussed. One prominent national study (CDC, 2015) found that 18.3% of women and 8.2% of men experienced contact sexual violence by an intimate partner in their lifetime. The Schneiderman case sheds a spotlight on this hidden problem.

People have a hard time recognizing Intimate Partner Sexual Violence (IPSV) as violence. There is an assumption of consent—that once two people are in a relationship, they passively content to all future acts. Societal norms that promote men’s ownership and control of their partners make IPSV particularly problematic for people who have relationships with men. For example, media portrayals of relationships normalize possessiveness and control, especially for men.

Sexism makes women are especially vulnerable to coercive control including ISPV. A relationship in which a man dominates a woman seems unremarkable. Women often feel a need to “take care of their men” and men often feel entitled to have their desires met. Even when we raise girls to have a career, we still usually raise them to take care of others’ well being before their own. Girls and women learn to sacrifice to make those around them happy (Fontes, 2015 (link is external)). This socialization to attend to the needs of others extends into sex.

Society also idealizes romantic love as being the most important aspect of a woman’s life. So you have a woman who aims to please and will do anything to make her relationship work. And then she’s paired up with a man who has been raised to get his needs met. It’s a recipe for coercive control including ISPV. Abusers take advantage of their partner’s affection and eagerness to please as well as society’s indifference.

Abusers use many strategies for coercing their partners into sex without physically forcing them; they coerce sex by calling their partners names, punching walls, and threatening to be unfaithful. Some abusers withhold money or affection or simply “throw a fit” to get sex. Many manipulate their partners emotionally, acting as if they have a “right to” sex, or as if their partners are responsible for satisfying them, once they are aroused. Abusers often isolate and intimidate their victims, depriving them of needed resources, such as money, food, and transportation. This coercive control strategy confuses victims and makes it difficult for them to refuse sex and to leave the relationship altogether.

IPSV is Not Sex Play

Intimate partner sexual violence is different from supportively encouraging one’s partner to be more adventurous sexually or playing mutually pleasing sex games. Power play(link is external) can form part of a loving intimate sexual relationship as long as the partners have balanced power outside the bedroom so they can use safe words and communicate openly in sex.

IPSV survivors including Schneiderman’s accusers describe incidents that do not resemble mutually agreed-upon playful sex; they describe nonconsensual acts characterized by fear, dread, and pain. At least two of Schneiderman’s accusers say they sought medical treatment for hearing and balance problems resulting from hard slaps to the side of their heads and ears.

Coerced and physically forced sexual acts humiliate, confuse, and traumatize the victim, particularly when they are disguised in a wrapper of a loving relationship, like a poison candy.

Once a person has been physically forced to have sex within a relationship, they will feel this threat in the future, realizing that "no" is not an option.

Forced sex is against the law throughout the United States and in most nations, even when the two people are married. However, many victims refuse to pursue legal charges for sexual violence against their romantic partner—or even an ex-husband or ex-boyfriend.  The process of reporting all sexual violence and especially IPSV often generates shame in the victim.  The criminal justice system, the courts, and even rape crisis centers may fail to see IPSV as "real rape" (Estrich, 1987).

Let's be clear: Sex without consent is no less wrong or harmful if perpetrated by a victim’s partner or spouse than by someone she does not know. In fact, some researchers have found that IPSV may result in longer-term effects than rape by a stranger (McOrmond-Plummer, Easteal & Levy-Peck, 2017).

Intimate partner sexual violence is all about the abuser’s desire for control. Degrading his partner and forcing her into acts she tries to reject gives some abusers an extra thrill. Others may simply believe they have the right to do whatever they want sexually with their partner or ex-partner.

We need to break down the problematic ideas that allow IPSV to flourish unchallenged. Consent is ongoing, even in the context of a relationship. No one “owes” sex to their partner. We can thank Schneiderman’s brave victims for speaking out, and taking advantage of this #MeToo moment to educate us all.

If you or someone you know is experiencing IPSV, reach out for help to your local domestic violence shelter (link is external)or rape crisis center (link is external). They can help with safety planning even for those who choose to stay in the relationship and do not want to report to the police. 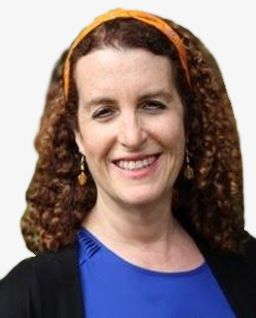 Lisa Aronson Fontes, Ph.D., is a senior lecturer at the University of Massachusetts, Amherst, and the author of Invisible Chains: Overcoming Coercive Control in Your Intimate Relationships.

In Print: Invisible Chains: Overcoming Coercive Control in Your Intimate Relationship(link is external)