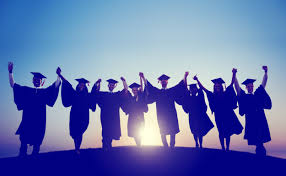 Our intervention uses a framework of resistance, rather than primary prevention, based on the notion that survivors are not responsible for preventing their own assaults. Rather, we aim to do gender transformative work with young women, creating a space that supports them to recognize and resist harmful social scripts of victim-blaming and misogyny that create risk environments and exacerbate negative outcomes for sexual assault survivors.

We believe that a gender transformative approach that fosters a communal process of recognition and resistance is crucial to reducing rates of sexual assault on college campuses. Male engagement and bystander intervention programs are of course necessary components of any GBV prevention program. However, culture changes slowly and young women must have access to the emotional and physical tools they need to fight back in the meantime.

Around the world, women are taught to be silent and then blamed for their own assault when they do not speak up loudly enough or in the right words. They are taught that their compliance will save them – that if they do not wear the wrong clothing, sit the wrong way, drink the wrong thing, or go the wrong places -- then they will be safe. And they are taught to be complicit with these myths – that if only ‘bad’ women are assaulted, then condemning those women maintains a social order in which ‘good’ women stay safe.

But we know this is not true. Women are taught to be silent, compliant, and complicit not because these things will protect them, but because they perpetuate the gendered social hierarchy in which sexual assault thrives. Our intervention uses a combination of small-group discussions, role plays, and a brief tailored physical self-defense training to help young women begin to know what they do and don’t want from their intimate relationships, to feel comfortable speaking up even if doing so risks an embarrassing social encounter, and to trust their own physical ability to fight back if necessary.

It is our hope that supporting young women to resist the social scripts which seek to harm them – to value their own voice and power, to dismiss victim-blaming, and to know that an assault is never their fault no matter the circumstances – will prove just as effective at the University of Swaziland as it appears to have been at the University of Windsor. Dr. Shabalala and I are honored to have the opportunity to test this approach, and look forward to sharing our results with the SVRI network over the next two years.

Queries on this blog should be emailed to Rebecca Fielding-Miller at rfieldingmiller@ucsd.edu.