The Joint Learning Initiative (JLI) and the Sexual Violence Research Initiative (SVRI) have a long-standing relationship, and have combined efforts in a new iteration of the current JLI GBV Hub, originally established in 2014 - the JLI/SVRI Faith and GBV Hub. The secretariat of this hub has moved to the SVRI for a joint evidence and knowledge platform focusing on faith and GBV.

The JLI Faith and GBV Hub was launched in 2014 under the JLI, an international collaboration on evidence for faith groups’ role and contributions to local community health and wellbeing and ending poverty. One of five current a learning hubs of the JLI, the GBV Hub aims to build on the momentum of the efforts of a variety of members actively involved in GBV efforts across the world ranging from INGOs, researchers, and faith institutions, among others. Since 2014, the GBV Hub has produced a number of research outputs, which can be accessed here.

The goal of the Faith and GBV Hub is to advance the evidence base and capacity for research on faith and gender-based violence. The Hub provides an opportunity for advocacy through a platform to share research findings and strengthen the capacity of those in the field of Faith and GBV.

Become a member of the JLI/SVRI Faith and GBV Hub! 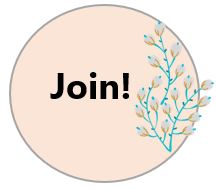 To receive the weekly SVRI Update which contains integrated faith resources, join the SVRI listserv here. Ensure that you opt in for the JLI/SVRI Faith and GBV Hub in the subscription form to also receive occasional resources focused on faith and GBV.

Role of Religious Actors in Gender Equality since the Beijing Declaration